Who’s Dream Are you Dreaming? 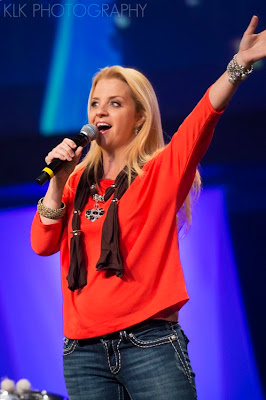 When I moved to Hollywood at the ripe old age of 22, I told God: “Look, when I win my academy award and marry Matt Damon, then I will say your name out loud. Just not now because I’ve suffered enough rejection in Jr High to last me a lifetime. I’m here to get famous so the mean girls will be nice to me at my high school reunion.”

When I started out in my career as an actress I was playing characters with the scripts already written for me. But it got so complicated to say clean and be any kind of moral woman, I felt like God gave me the idea to do stand up comedy and create my own act. I never wanted to do comedy. I used to be so paralyzed with fear about it, I took a stand up comedy class twice and quit BOTH times when I was expected to perform my own material . I was afraid of being the real me and used to hiding behind the mask of acting characters. But in God’s timing, I took the leap into stand up and it was the most natural thing in the world. When you’re walking in God’s path HE will make a way. I got to perform at the World Famous Hollywood Improv for one of my first shows and was one of the cleanest comics there and the managers invited me back--which was unusual for a rookie. But I was walking in my destiny and doors were opening. After years of struggling as an actress feeling like I was running a race I could never win, I took the left turn into comedy and God took everything to a new level of favor and it happened fast.

One night I was appearing at a famous Hollywood comedy club with other female comics doing disgusting sexual jokes and basically making fun of anything moral or Christian. One lady even brought a "Christian" book on stage and belittled it. I had to follow her act and all I could do was to hope for the best. People loved my jokes and the fact that I said things like, "Well we Christians are Hot Right now! The Passion was a hot movie! We're the new Kabala!" I knew I had to just continue being unafraid of my beliefs and of course be funny. There was a TV producer in the audience who stopped me after the show. He said he wanted to meet with me about some possible TV opportunities based on my comedy act about my life as "Good Girl." He was really intrigued and thought it would be a refreshing concept for a sit-com such as a modern day "Mary Tyler Moore." We had some meetings and he was really excited about working with me. I was really new to the comedy scene but I knew from being in TV and film these opportunities are a big deal. I thought that Ben was part of God’s big plan for my comedy career because he seemed to be a “big deal” as far as the business.

One night Ben, the producer, arranged a big showcase for this huge Hollywood manager/sit com producer to see me about a possible development deal with a major network. It was at the biggest club in LA. I remember being so nervous that night. The guy working the box office was a friend of mine and fellow comic. He saw that I was anxious and did the strangest thing. He shut down the ticket booth and reached over, grabbed my hand  and prayed with me. No one had ever done that in public before. It was sweet.

I went on to have a great show and met Ben and the TV exec later on for dinner. The response was positive about my act and I was pleased. Later that week Ben called and the first thing he said was "You really played that whole God card hard, huh?" I didn't know what he meant. He continued "Ya know you mentioned God several times on stage and that's really going to pigeon hole you with those people." "What people?" I asked. "You know those Christians. If you want to make it big in this town you have to manipulate your faith and not be so open about it. I even saw you praying before the show. That's a bad move if you want to be successful." I was in shock. I felt like I was being punched in the gut literally. I didn't know how to handle it and I took a day to think and pray. Then I found this verse in the bible "Blessed are those who are persecuted in my name." I thought "Wow! This is really happening and it hurts but I'm honored to stand up for Jesus for the first time in my life." I called Ben and politely witnessed to him all about how my faith was way more important than anything he or Hollywood had to offer. I knew I trusted God. He would give me all the deals in His perfect timing. I told him and when God comes back someday to judge the earth. I want to be pigeon holed with my people, the Christians. Ben and I never did work together. I went on to be more blessed with opportunities than I could ever ask for. I’ve been a professional stand up comic for 10 years this summer and it’s been a roller coaster ride of epic proportions. I’ve toured  all over the United States and been on more TV shows than I could have asked for and wonderful clean film projects, even appearing with the likes of Pat Boone, Tippy Hedron and Carol Channing and Jim Carey on The Tonight Show with Jay Leno. If you had asked me if I could have ever known I’d become not only a stand up comic but one of the loudest evangelists about Christ in Hollywood I wouldn’t have believed you. But God had a bigger dream for me and He just needed me to be patient flexible to adapt to HIS dream for my life. And by the way I married the guy in the ticket booth who prayed for me, comedian Ron McGehee! See? God's good like that! Now I just need a good comedian 401K plan! So the question I challenge you to ask yourself as you read this right now is: Are you open to God telling you to take a left turn in your own life if it means walking in HIS plan not yours? Are you able to believe that God loves you and has more amazing plans for you than you are even capable of imagining? No matter where you are in your life right now, God is a big God and He loves a good come back story! Let him write your next chapter!